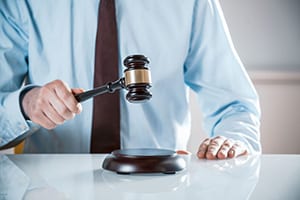 If you’ve been charged with a criminal or traffic offence you don’t have to face it alone. The outcome of your Court case might be life changing, so give yourself the best possible chance with one of our traffic solicitors or criminal defence solicitors.

At Vickers & Co we will advise you of your rights, get you ready for your Court appearance and explain the Court procedures so you understand what’s happening. In Court we’ll defend your case clearly and strongly to give you the best possible outcome. We regularly appear in Court and can also represent you at other court/tribunal.

We can handle all areas of criminal law, including:

Worried about the likely penalty? Ready to get some common sense legal advice? Contact us to talk to an experienced traffic or criminal solicitor in London.

Vickers & Co Solicitors is an experienced London solicitor providing you with sound legal advice and excellent representation in many areas of law.

This website uses cookies to improve your experience while you navigate through the website. Out of these, the cookies that are categorized as necessary are stored on your browser as they are essential for the working of basic functionalities of the website. We also use third-party cookies that help us analyze and understand how you use this website. These cookies will be stored in your browser only with your consent. You also have the option to opt-out of these cookies. But opting out of some of these cookies may affect your browsing experience.
Necessary Always Enabled

Any cookies that may not be particularly necessary for the website to function and is used specifically to collect user personal data via analytics, ads, other embedded contents are termed as non-necessary cookies. It is mandatory to procure user consent prior to running these cookies on your website.